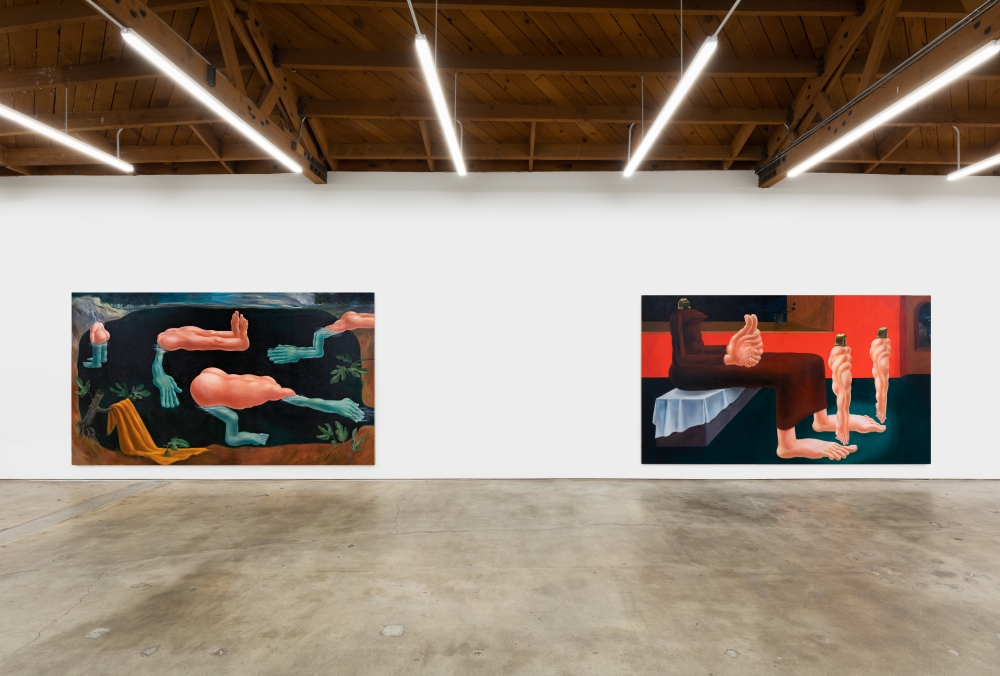 Los Angeles-based, Switzerland-born painter Louise Bonnet is hosting her third solo exhibition at Nino Mier Gallery, where seven new oil paintings have convened for their debut. Each completed one year into pandemic-induced quarantine, Bonnet’s new works are inspired by a film about an enigmatic wanderer in Agnès Varda’s French drama Vagabond (1985).

Bonnet’s work teeters on the line between beauty and grotesque, enlisting exaggerated proportions and distorted features for her signature figures among vivd-yet-sparse backdrops, and this latest range is no different. Where the sartorial film follows an unchecked drifter named Mona as she traverses a French countryside, Bonnet presents a series of distinct scenes that together encompass a woman’s desire to be alone and to “remain inaccessible in a world that expects women to be available and accommodating,” according to the exhibition’s notes. 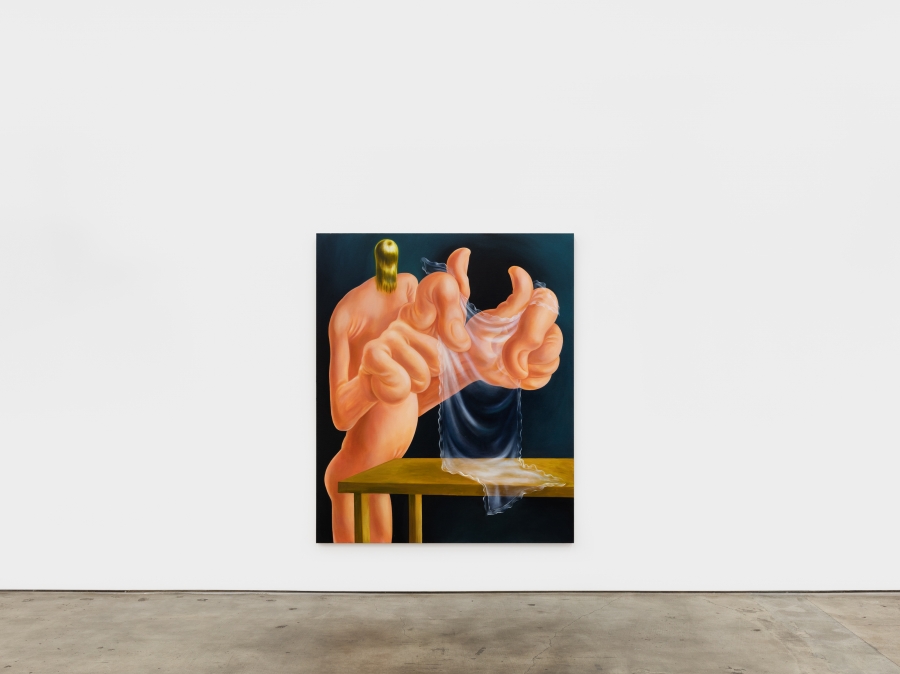 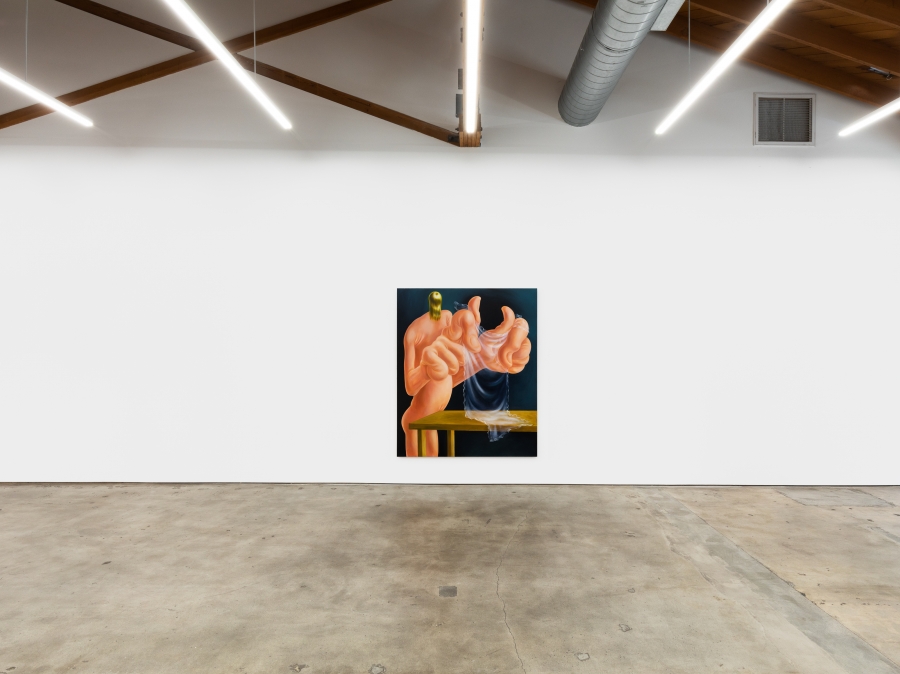